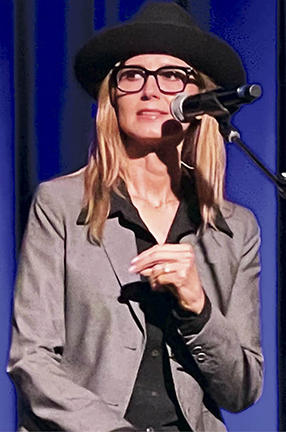 As CAMP Rehoboth Board President Wesley Combs and Vice President Leslie Ledogar took the stage the first night of Women’s FEST, hundreds of audience members cheered. “CAMP Rehoboth is at the heart of our community,” proclaimed Ledogar.

Event co-chair Teri Seaton called the atmosphere “electrifying.” “The appreciation over having the event back was felt by all,” she says. “The countless people who approached me with gratitude was amazing. It was a huge win for CAMP and our community.” Fellow co-chair Lisa Soens added, “Women’s FEST was so proud to bring Wes and Leslie to the stage, as their dedication represents what CAMP Rehoboth brings to the community.”

Though the pandemic forced cancellation of the event in 2020, FEST roared back to life in 2022, led by co-chairs Lisa Soens, Teri Se 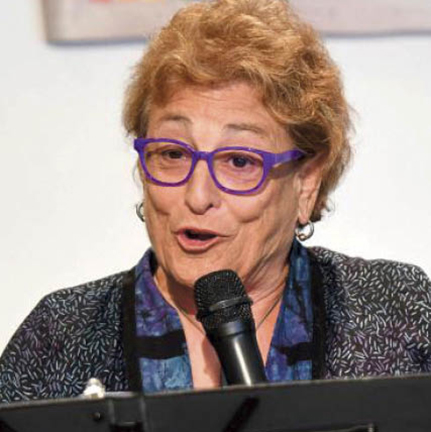 aton, and Hope Vella, who were joined by a committee of 20 people, as well as countless other volunteers. They managed an event that included an expo, speakers, singles mixer, silent and live auctions, sporting events and games, comedy acts, dances, concerts featuring nationally and regionally renowned entertainers, and the Broadwalk on the Boardwalk, which raised funds for the Delaware Breast Cancer Coalition.

“The 2022 Women’s FEST Committee and the CAMP Board did an awesome job bringing the FEST back to life after the pandemic interruption, staff changes, and a new committee learning curve,” said Fay Jacobs.

“Women’s FEST is one of the jewels in CAMP Rehoboth’s crown,” said Wesley Combs, “and none of this would have been possible without support from an amazing committee, volunteers, staff, board, and sponsors. After two years of isolation and social distancing, seeing more than 1,000 women from all around the country attend the various events warmed my heart. Thank you to everyone in our community who made the weekend a huge success.”

The FEST started on Thursday, April 7, with the Georgette Krenkle Wecome Dance, funded by and in honor of the late FEST donor. The event provided an opportunity to meet, greet, and dance to the music of DJ Jamie Fox. There was a singles lounge and a free photo booth by Fortier Photography.

Music fans had many choices. Friday night, superstar Chely Wright, a country music singer and LGBTQ activist, and opener and Delaware native Christine Havrilla played for a capacity crowd. Returning to FEST by popular demand, singer/songwriter Regina Sayles also found an enthusiastic audience each time she played. “I love recording in the studio,” said Sayles, “but anyone who sees me live knows that’s where I feel most at home.” Sug Daniels, a Delaware native who enjoyed Rehoboth Beach as a youth, was “thrilled and honored” to be included in “an amazing event with such incredibly talented women.” 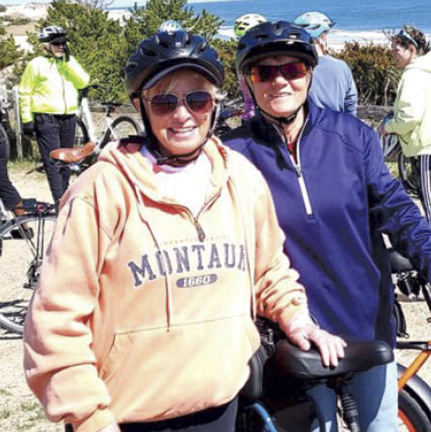 The comedy acts were also hugely popular. “Saturday night at the convention center, comics Lisa Koch and Vickie Shaw were on fire!” said Fay Jacobs. “The audience of 800 needed to laugh and the Funny Girlz obliged.”

On Saturday, the FEST Expo drew crowds of shoppers who perused vendor stands that offered tantalizing art, jewelry, personal care items, tasty treats, and more. An adjoining room showcased auction items, including the coveted guitar signed by Melissa Etheridge, which was in the live auction. In addition, Olivia Travel, longtime supporter of CAMP Rehoboth, donated two luxury cruises from Greece to Israel for a raffle that was held during FEST.

Hope Vella made sure that no one who wanted to attend this year’s FEST missed out. Her dedicated team worked with attendees who had accessibility needs to ensure they could take part in the events that interested them.

Co-chair Lisa Soens finds it difficult to put into words how it felt to experience Women’s FEST 2022. After months of work, Soens watched as women started to roll into CAMP Rehoboth and the convention center to pick up their FEST passes. “To see their faces—when you realize it is all about to unfold…,” she recalls. And unfold it did! “When women gather at the beach for a weekend to celebrate each other, we go home with treasured memories. I can’t wait for 2023!” ▼