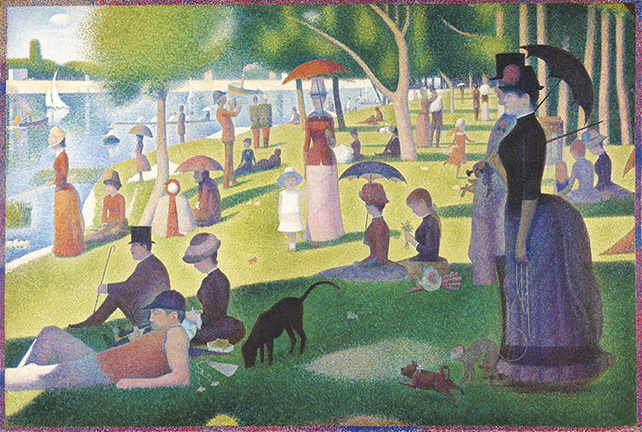 Recently there was a commentary in the Washington Post titled “Hanukkah isn’t ‘Jewish Christmas.’ Stop treating it that way.” I happen to know Hanukkah’s origins in the Maccabean revolt against the Seleucid Empire 22 centuries ago, the reconsecration of the second temple, and the miracle by which the oil for cooking the latkes and sufganiyot lasted eight days.

Okay, I have that slightly confused. But the point is, it has nothing to do with Christmas.

The writers were complaining about commercialization of the holiday and what I call its christification. It’s not an unreasonable point. Christians have been co-opting other people’s holidays since the reign of Constantine, when Christmas was set on December 25, which Romans celebrated as the rebirth of the Unconquered Sun after the winter solstice and was also the birthday of the Indo-European god Mithra.

Still, the examples of commercialization cited by the authors were funny: a throw pillow in the colors of the Israeli flag embroidered with the phrase “Oy to the World,” a Jewish variant of Elf on the Shelf called Mensch on a Bench, and a Dancing Bubbe.

It is inevitable, in our cultural intersections, that people will get things wrong. Some suggest, for example, that when President Kennedy said, “Ich bin ein Berliner,” he was inadvertently saying, “I am a little jelly doughnut.” That is untrue, but it’s a charming thought.

We can use some levity these days. The omicron coronavirus variant threatens a rough winter, compounded by the politicization of a public health crisis. Several Republican members of Congress are stoking political violence, and some are implicated in planning the January 6 insurrection at the Capitol. QAnon cultists, who believe Democrats eat babies, waited at Dealey Plaza in Dallas for the appearance of President Kennedy and his son JFK Jr., convinced that they are not dead.

The dwindling daylight in the global north is accompanied for many by depression, aggravated by social pressure to join in holiday merriment. Instead of making their depression worse by pressing them into performances of joy they do not feel, let this be a season of mutual respect and tributes to those who have inspired us.

One of my favorite such tributes was by Lin-Manuel Miranda at the 2008 Tony Awards when he won for best score for his show In the Heights: “Mister Sondheim, look I made a hat where there never was a hat,” quoting a lyric by the older composer. I recalled this when the sad news came of Stephen Sondheim’s death at age 91.

In the early 1980s, Sondheim’s show Merrily We Roll Along flopped. One of my favorite songs, “Not a Day Goes By,” is from that score; but many things go into a show’s success or failure. Sondheim was at a low point when his book writer, James Lapine, suggested French impressionist Georges Seurat and his painting A Sunday Afternoon on the Island of La Grande Jatte as an inspiration, noting that its main character was missing: the artist. The resulting musical won the 1985 Pulitzer Prize for drama.

It is impossible to explain why one loves a particular work or person. A leap of imagination is required, an alchemy that can only be felt and recognized.

Backstage before the Gay Men’s Chorus of Washington’s Kennedy Center Concert Hall debut in 1986, executive producer Craig Bowen assured us, “The worst that can happen is you’ll make a complete fool of yourself. So what the hell?” That is the best advice I have ever received. Craig was not denigrating preparation, but summoning our nerve to capitalize on it in performance. Whatever life a songwriter’s work enjoys is not on the printed page but in the air that vibrates between performers and audience. It dies away as quickly as it is created, yet it lives on in us.

At its best, art is more than entertainment: it shows us new ways to see. It helps us recognize one another and appreciate our diversity. It gives breath and pulse to shared values.
Years ago, the adolescent son of dear friends of mine (for whom I had bought his first menorah, modeled on Noah’s Ark) was deeply moved as he and his dads watched a performance of Sunday in the Park with George at the Kennedy Center. He has blossomed into a gifted young artist himself. I look forward to discovering how he answers Dot’s parting words of encouragement to George, “Give us more to see.”

I’ll have latkes with that. ▼