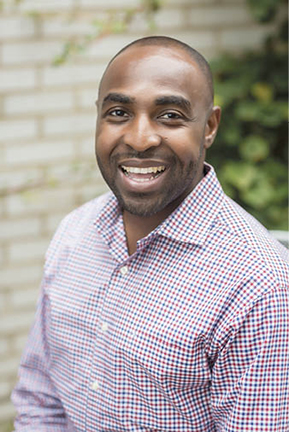 I spent more than 20 minutes on the phone with a friend last week, searching the internet and discussing the definitions of the terms non-binary, gender fluid, and gender-nonconforming. That impromptu research session was spurred on by the proclamation of another friend less than a week before. Their announcement made us realize that neither of us was sure that our understanding of those terms was correct. We had a friend who was evolving, and we knew we had some learning to do.

Before we peppered our friend with too many questions that they may not have been comfortable answering, we wanted to educate ourselves. Because we care, we want our friendship circle to be a place for understanding, celebrating truth and belonging. That is the purpose of friendship and community. I acknowledge it is not always easy—not because of lack of will, but more often because of a pure lack of knowledge.

Several years ago, I moderated a table discussion with LGBTQ+ high school and college students. It was a lively conversation until I made a critical mistake, one that caused a moment of silence and a flurry of nervous eyes darting across the table. I was at a loss. Things seemed to have been going so well until that point. I did not know then what had broken the flow.

Finally, one student spoke up. I had used the wrong pronoun in directing my last question to a student. Embarrassed and heartbroken that I had offended her, I apologized to her and the entire group. Then I reset the table by asking each of the students to share their preferred pronouns. Thankfully, the student and her peers offered me grace. That situation was a teachable moment for me: I had much more learning to do.

Over the last 20 years, I have witnessed the once universally accepted acronym GLBT evolve, from GLBT to LGBT to LGBTQ to LGBTQIA and, even more recently, to LGBTQIA+. Depending on who you ask, the Q could mean questioning, or it could mean queer. Two-Spirit and same-gender-loving (SGL) folks are sometimes forgotten altogether. I typically identify as gay on surveys if SGL is not listed as an option, though it was my preferred term for years. I know that there are people in the community who have never even heard of SGL. Many are not even familiar with Two-Spirit.

The language we use to identify ourselves is personal and often influenced by our generation, geography, race, social circles, ethnicity, and other factors. The language we use to describe our sexual orientation and gender identity evolves by how it is understood in society, just as it does for every individual based on where they are in their journey. When I was in college, none of my friends ever used the word queer. In fact, we would cringe if we heard it. Today, it seems to be embraced by many.

Language, definitions, and ideas around sexual orientation and gender identity are fluid and constantly changing. Within and outside of our community, people—even those with the best intentions—will not always get the language or definitions right. It is okay not to know what word to use or what a phrase means. However, it is not okay to ignore someone’s preferred pronouns for the sake of expediency or personal disinterest. Furthermore, it is not okay to simply disregard someone’s feelings or be intentionally disrespectful of how someone shows up in the world and takes claim over their own identity. And it is not okay not to care. We should all care and commit to doing our best.

Navigating changing vocabulary around gender identity and sexual orientation requires that we offer ourselves and others grace. Grace affords us the opportunity to educate and be educated, and it can help us stitch this beautiful and diverse quilt of community together. There will be times when a person or group does not get it right. It could very well be you. But in those instances, we should allow for some learning and extend some grace. ▼

Clarence J. Fluker is a public affairs and social impact strategist. Since 2008, he’s also been a contributing writer for Swerv, a lifestyle periodical celebrating African American LGBTQ+ culture and community. Follow him on Twitter: @CJFluker or Instagram: Mr_CJFluker