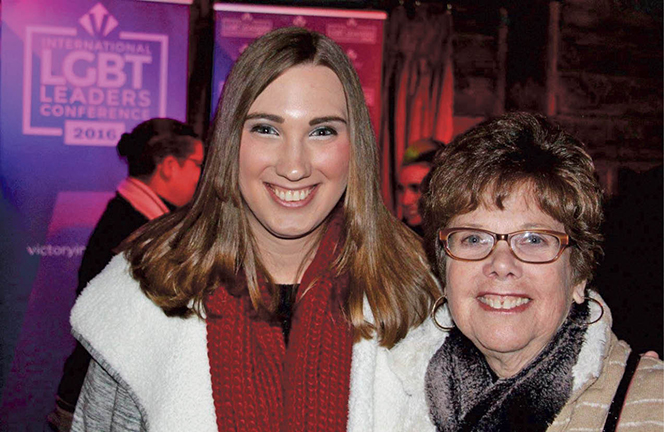 PTK Virtual—a Passion with a Purpose

“I remember one man, especially. He arrived at his first PTK (Parents of Trans Kids) meeting just 24 hours after his child came out to him as trans,” says Sally McBride, a facilitator with PTK. “He asked to ‘just listen,’ as he wasn’t yet ready to talk. But by the end of the evening, he’d found the words—and the supportive environment—he needed to begin his journey as the parent of a trans child.”

McBride, a co-founder of PTK Delaware, embarked on her own journey of parenting a trans child nearly 10 years ago. “Our daughter, Sarah, came out to us on Christmas Day, 2011. The assistant minister of our church connected us with two couples with adult trans children. Over the next few years, five of us couples with trans kids began to meet regularly to socialize and to support one another. We realized there might be other parents who could use a similar group.”

PTK Delaware held its first meeting in August 2016, at Nemours/AI Dupont Hospital for Children in Wilmington, Delaware. At first, about five to seven parents typically attended the monthly meeting. But those numbers soon began to grow; just five years later, it’s now common to have 15 to 20 parents at a meeting. PTK has added break-out groups to its meetings, to assure everyone has a chance to talk.

Two years ago, as the geographic reach of the group grew as well, McBride realized it was time to establish “PTK North” and “PTK South.” She reached out to Tara Sheldon, a social worker and CAMP Rehoboth Board member, to explore options.

Ever resilient, PTK North and PTK South moved online and merged. There now are two virtual meetings each month for people who care for a trans child (it could be a parent, a guardian, a grandparent, etc.) and two for trans youth.

Geography and distance no longer being barriers, PTK Virtual serves families throughout Delaware, and from Pennsylvania, Maryland, and New Jersey. McBride estimates that more than 200 families have now attended at least one meeting.

“There have been changes over the years,” says McBride. “When we started, we saw mostly parents of middle school or high school kids. But in the past couple of years, we’ve seen parents with children as young as four, and parents of adult children who are in their 20s or 30s, but just now coming out to their parents.”

She adds, “we’re now seeing many more parents of children who are gender non-conforming, gender fluid, genderqueer, or non-binary. The preferred terms vary; we use whatever each family uses.”

Ultimately, “PTK provides hope” says McBride. “We give parents hope that they can be loving, affirming parents of a transgender child. And—even more importantly—hope that their child—living as their authentic self—can be happy and successful.” ▼

If our ACTions truly speak louder than words, then the ImpACT of CAMP Rehoboth is evident not only in our advocacy work, but in the day-to-day programs, classes, free counseling, and health testing we offer. This ImpACT story is just one among many that exemplify and celebrate the successes your Membership Gift makes possible. Stay tuned for more Membership Matters stories, to see how even a seemingly minor ACTion can have a huge ImpACT on one—or many—lives in our community.