Live from the Dread Carpet 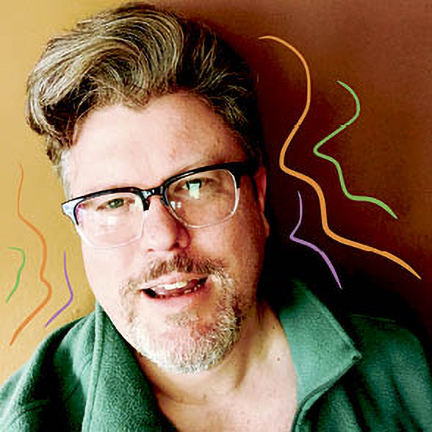 Since the publication of our last issue, the High Holy Day of the Gay Calendar has come and gone. I speak not of Barbra Streisand’s 79th birthday, although that also happened—and runs a close second. No, of course I speak of Oscar night.

And what a party it…wasn’t. The Academy Awards received historically abysmal ratings this year. It’s possible that audiences will return when we’re once again gazing upon a crowd of impossibly glamorous film stars crammed like bejeweled sardines into the Dorothy Chandler Pavilion, not a smattering of nominees sitting in booths in a train station. Or perhaps audiences will flock back to the Oscars when the slate of films being celebrated aren’t so dreary. In any event, I watched even if you didn’t.

And this is nothing new. The Oscars have never celebrated comedy to the extent that they should. This is true even though comedy (as most directors and actors will tell you) is more difficult than straightforward drama, and equally capable of uncovering profound truths about the human condition. But this year’s selections seemed especially mirthless. This is because the eight films up for the night’s highest honor were, for the most part, ruthlessly unfunny, and also because we, the audience, have been living with a global pandemic for over a year now, and have never been more in need of a chuckle.

But despite the gloom that pervaded the films of the evening, there were some lighter moments to be found in the ceremony itself. Yuh-Jung Youn because the first Korean actress to win an Academy Award, for playing the saucy grandma in Minari (one of the few comic performances in the Best Picture race). She began her acceptance speech by flirting with Brad Pitt, last year’s winner for Best Supporting Actor. Daniel Kaluuya won that award this year for his turn as Fred Hampton in Judas & the Black Messiah, and included in his thanks was a shout out to his mother and father for having sex and thereby conceiving him. Finally, as the night wore on, Glenn Close (who had lost yet again after receiving her eighth nomination) won the hearts and minds of the few of us who were watching by displaying an encyclopedic knowledge of “Da Butt,” a song from Spike Lee’s School Daze, capped off by a spontaneous twerk.

There were also some awkward moments. The rushed “In Memoriam” video was so fast, viewers could barely register those we’d lost—and even so, they managed to leave out three giants of the gay literary canon: Terrence McNally, Mart Crowley, and Larry Kramer, all of whom passed last year and all with Hollywood screenwriting credits on their résumés. Even worse was the producers’ decision to award the Best Actress and Best Actor awards after Best Picture. Apparently, they were so convinced that Chadwick Boseman would win a posthumous Oscar that they saved the moment until last, only to see the award given to Anthony Hopkins, who was asleep in Wales at the time. The Academy accepted the award on his behalf, and the show just…stopped. A friend later said it was an ending even more anticlimactic than the final scene of Nomadland. It wasn’t exactly Faye Dunaway giving an Oscar to the wrong movie, but in terms of sheer cringe, it was close.

But don’t worry, Oscar. I’ll still be with you, next year and the year after that. I’m a gay man of a certain age, and like Tevye the milkman, I believe in tradition. In the meantime, have a wonderful summer. Visit with your friends. Hug your mom. Breathe, relax, and allow yourself to have a little fun. Because—and honestly, I say this only as a friend—dude, you gotta lighten up. ▼

Eric Peterson is a novelist, podcaster, and essayist living in Washington, DC. His podcast, The Rewind Project, looks back at old movies; his debut novel, Loyalty, Love & Vermouth will be released later this year. Visit www.boldstrokesbooks.com to pre-order.